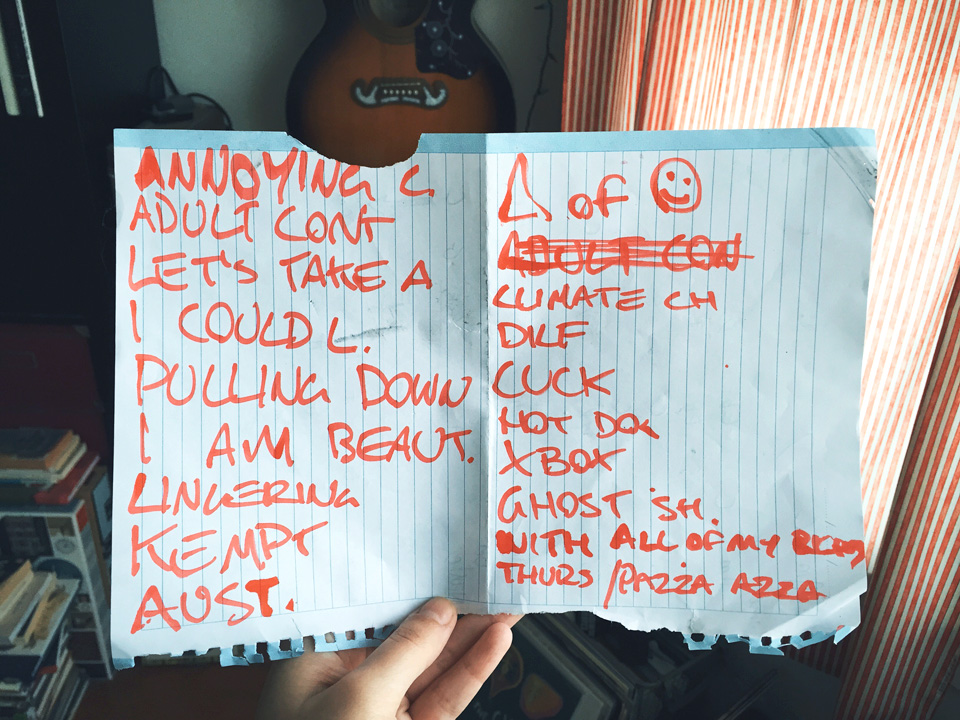 And most likely the last, as well. I’ve no real desire to start collecting set-lists. In the gazillion shows I have attended in the past 20-odd years, it never even occurred to me to do so.

But I suppose that when you get a tri(p)o(d) of self-deprecating Australian DILFs serenading you with tunes about ghost ships and those nights spent playing games instead of joining whomever was gracious enough to share a bed with you, then I guess you pick something up to remember the night by.

And the universe really was on a roll that night. On the way home, it produced this ditty, which accurately summed up my feelings in 3 simple words. Although I probably would have added a “,please”. I am, after all, a lady. 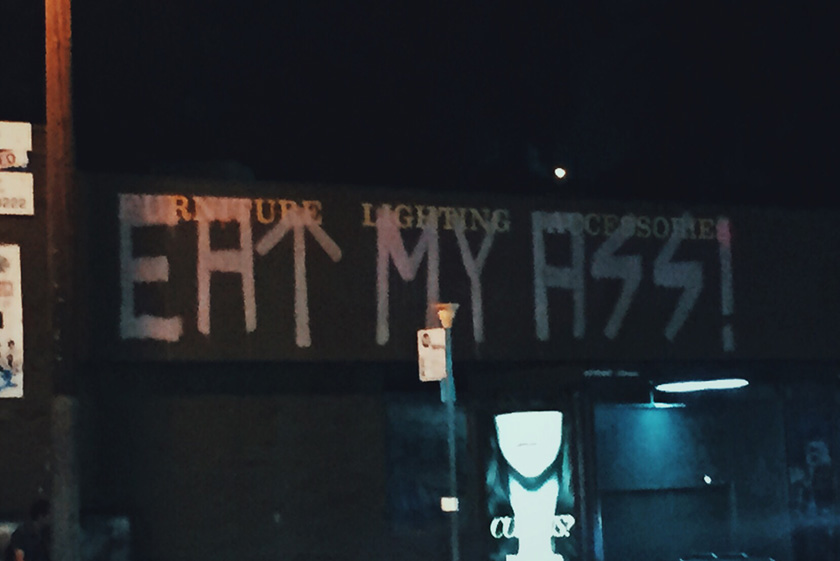