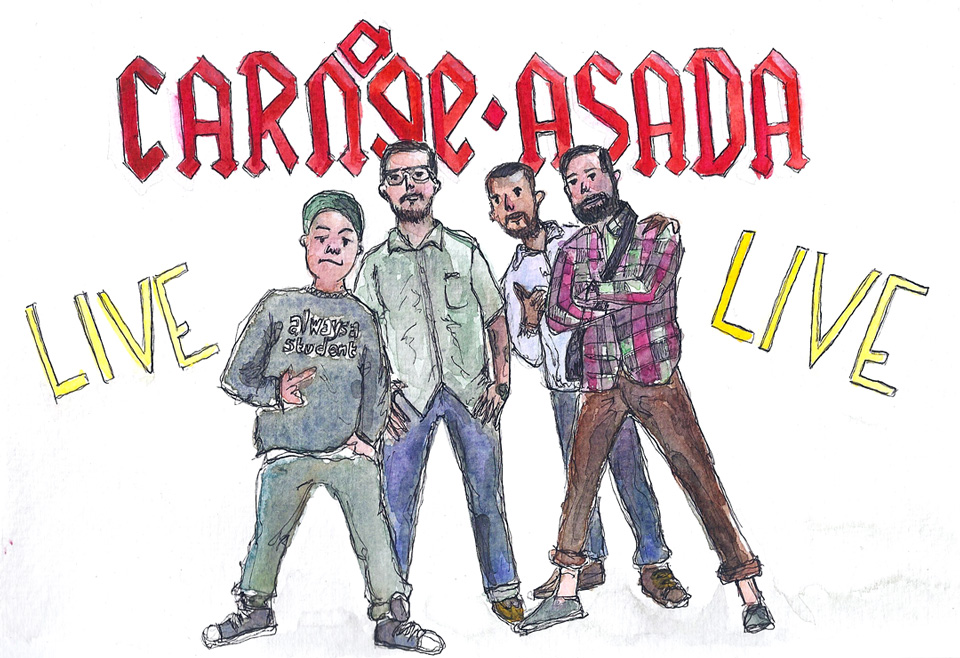 Do you know how hard it is to name a band these days?

…Says the girl with a whole series of record covers full of fictional bands.

But look, that’s besides the point. What I’m saying is, ya, coming up with silly band names isn’t hard. But the fact remains that if you can think it, it probably already exists. If it works for weird fetishes (I’m looking at you balloon popping lovers), it works for band names as well. Everything is taken. So I wasn’t surprised to find out this morning that Carnage Asada was already in use. Maybe I should have stuck to Thee Mosh Potatoes and made them a doom-wop group? You know, doo-wop with a tinge of darkness, despair, dashed hopes, and wretchedness. 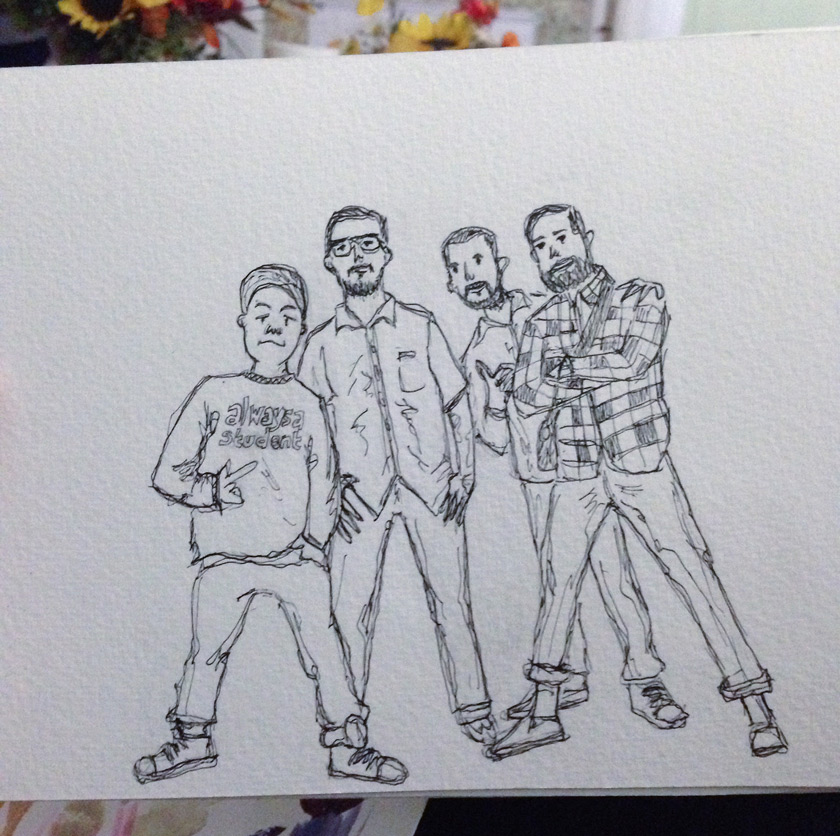 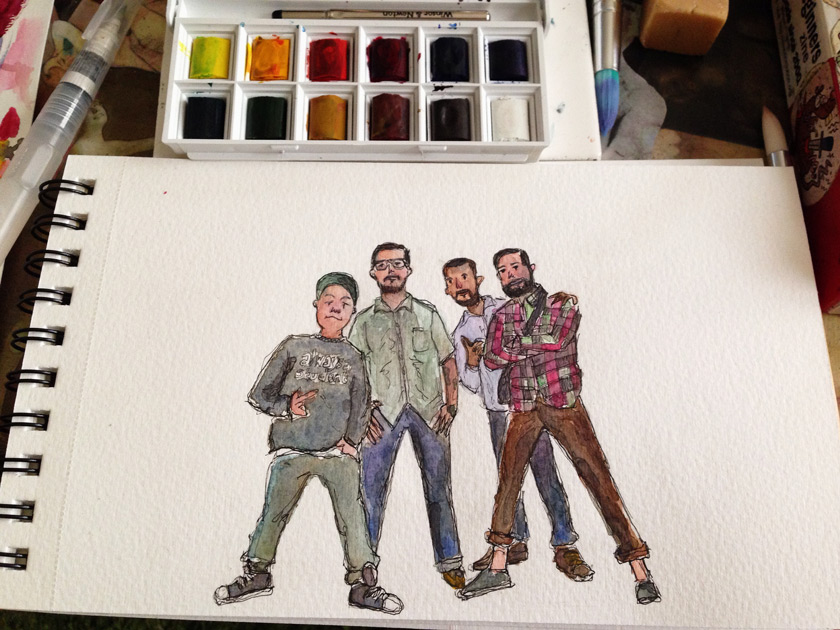 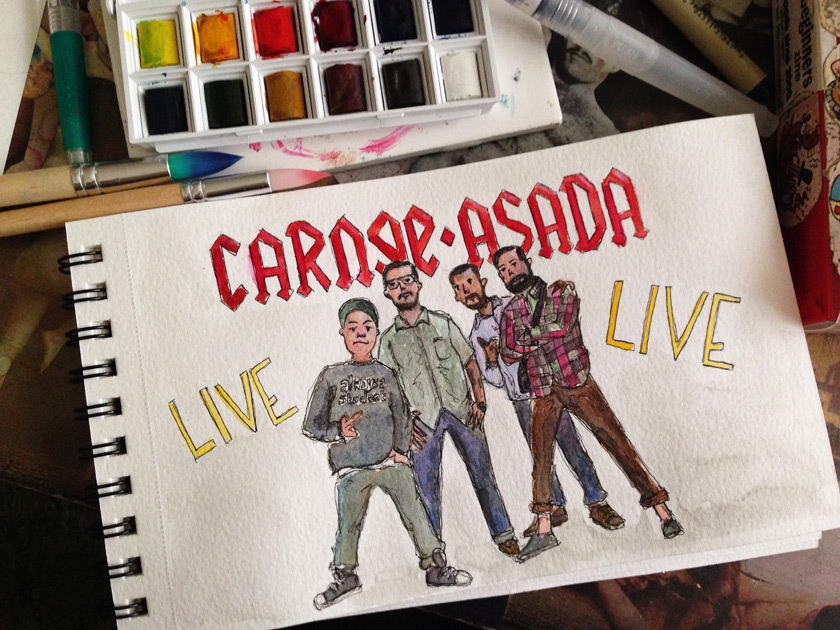 And then once everything was nice and inked…I realised I missed an ‘A’ in ‘CARNAGE’. Of course, right? Why not. So I fixed it as best I could. If anybody asks, it was a deliberate choice and is a symbol of the resilience ducks have demonstrated against the rise of goth-skankabilly music amongst the North American fowl populations. The struggle is real. 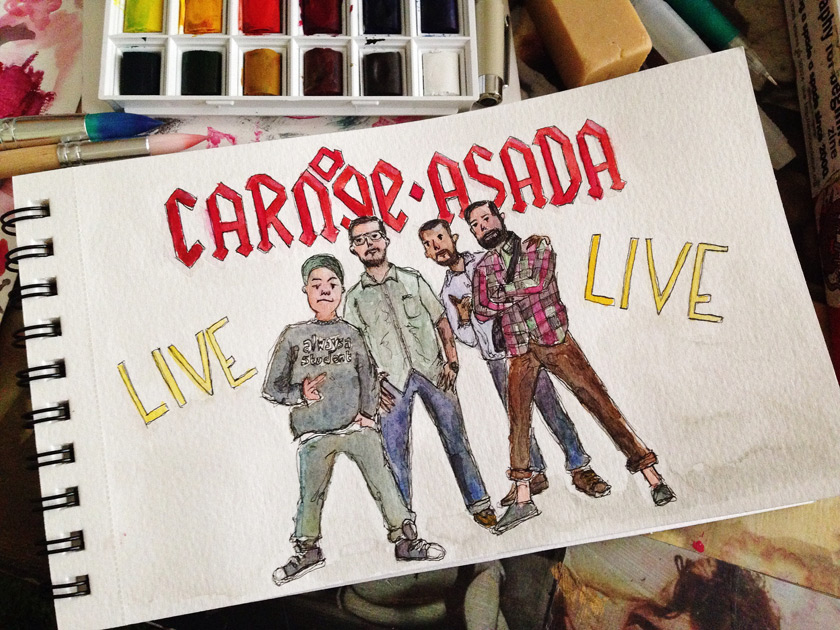 Based off a photograph by Rocky Wong of Woes, KMNDZ, Ekundayo and Codak at the One of One show, which is still on and probably should swing by if you’re in the Pomona area. 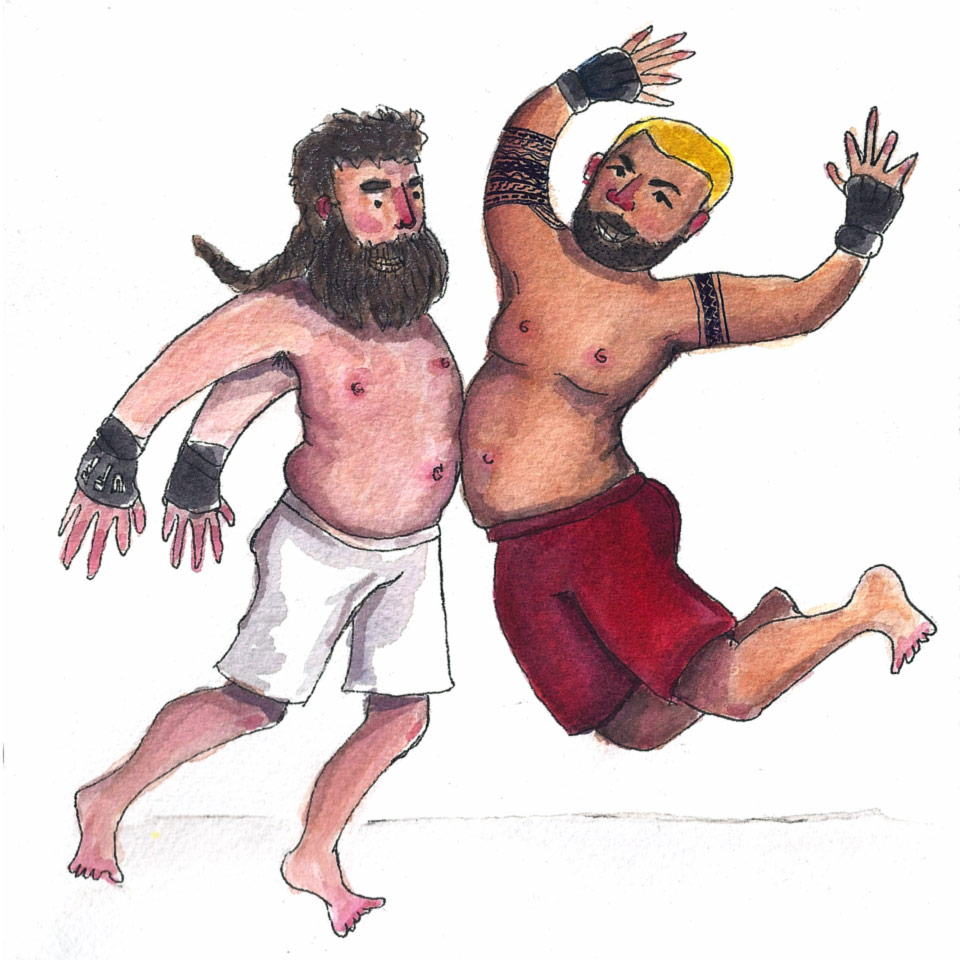