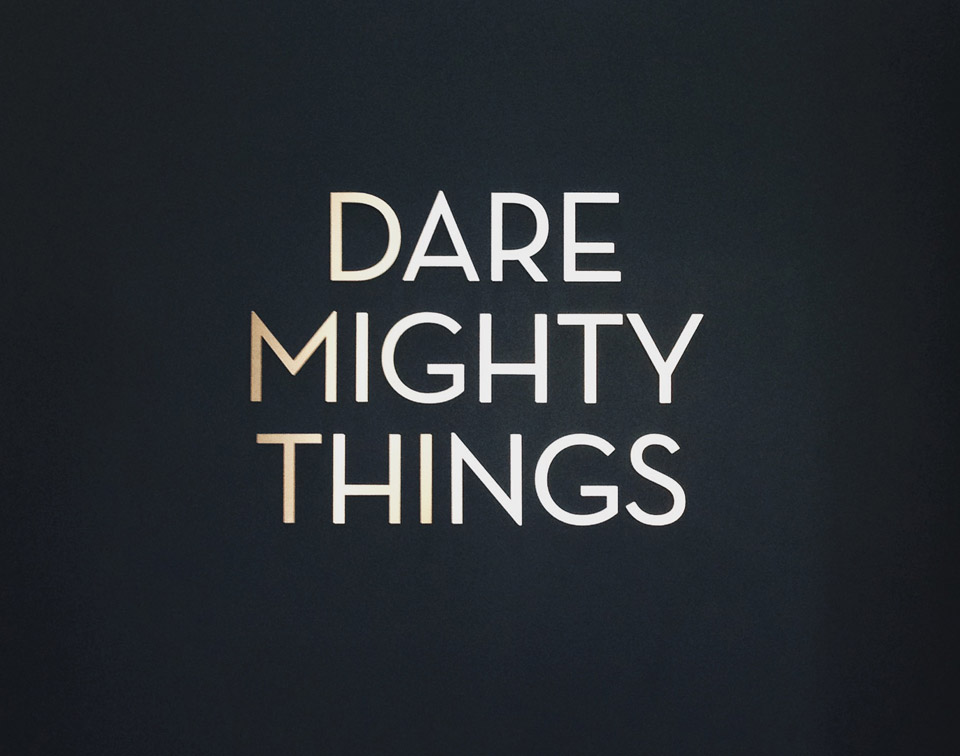 The day I get my shit together will be the day I find a way to be employed by JPL. Which basically means that it’ll never happen, because it IS rocket science, after all.

I’ve debated posting these photos because they’re just not that great. But look, I need to, if only because simply being there was exciting and I want to remember it. Were it possible for hearts, brains, and eyeballs to burst into puffy hearts and stars, you better believe it would have happened. So, let’s just pretend they are here as placeholders until I get proper ones at the open house in October. Because you can bet your sweet, plumpy ass I will be there. Oh yes.

The first stop on the tour was an amphitheater at the Flight Projects Center, where we were shown a short film about what JPL does, narrated by Harrison Ford. But really what that first glance of the JPL campus said was ‘we have great typography, trust us’. Any place with beautifully crafted letterforms is probably a place you want to be at. 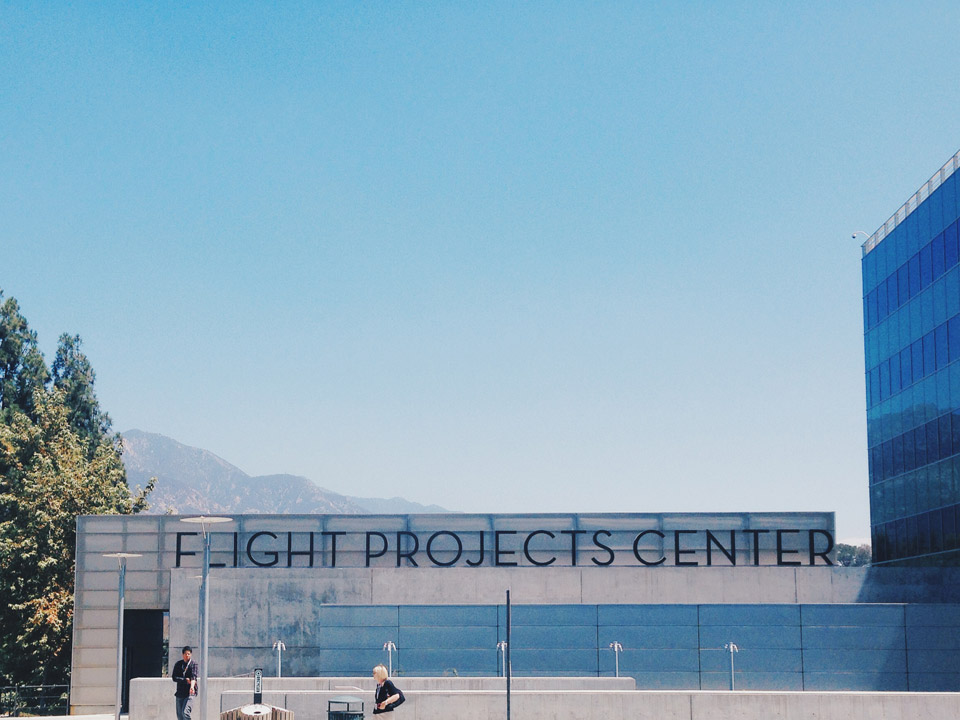 After the film, my group was taken to a small museum, filled with full and small-scale replicas of satellites, rovers, and an orbiter or two. And aerogel. There was aerogel. 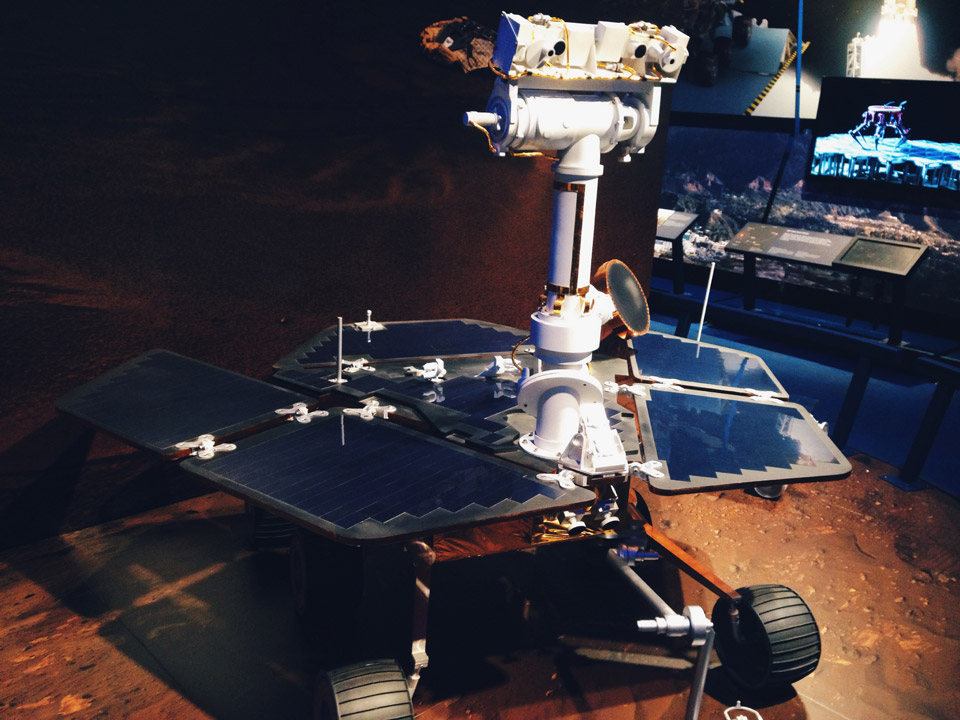 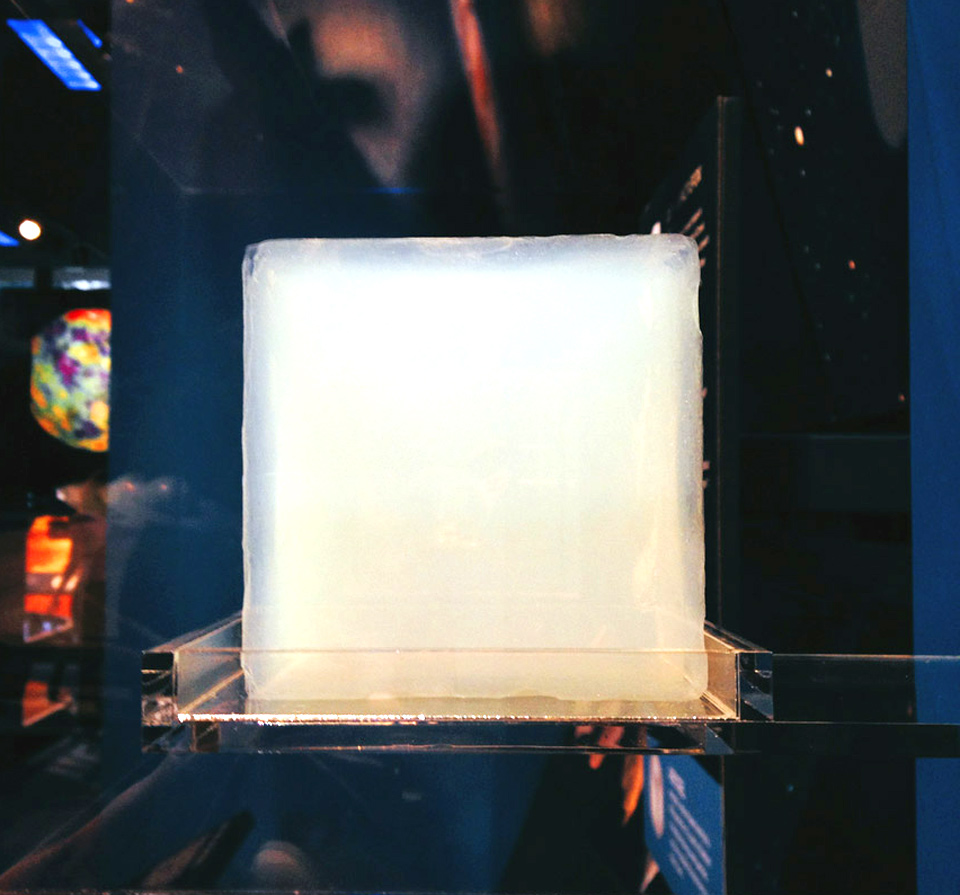 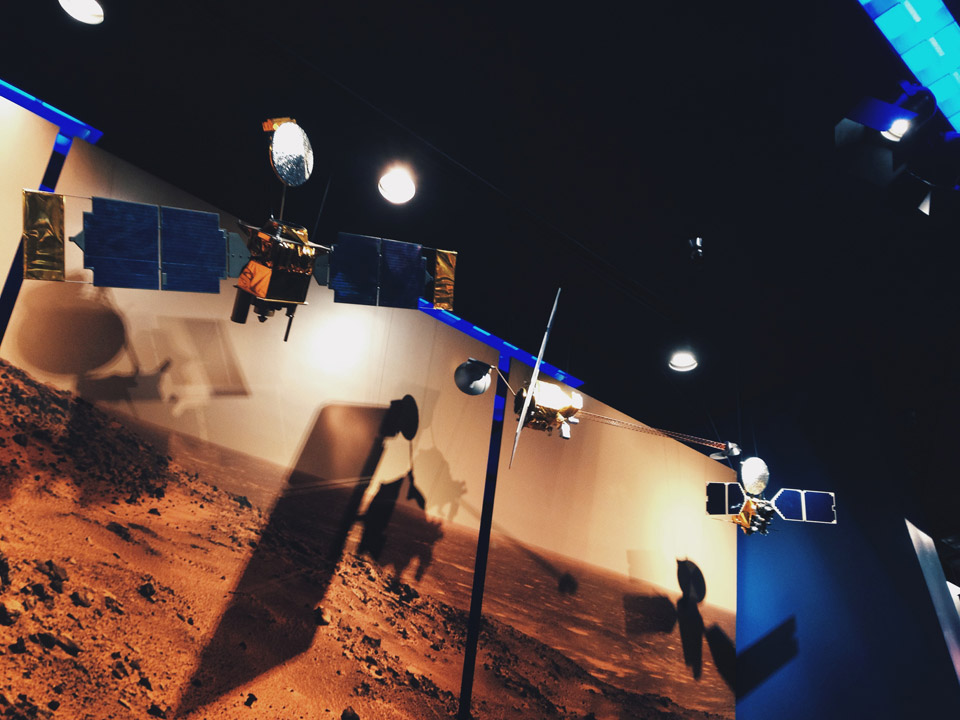 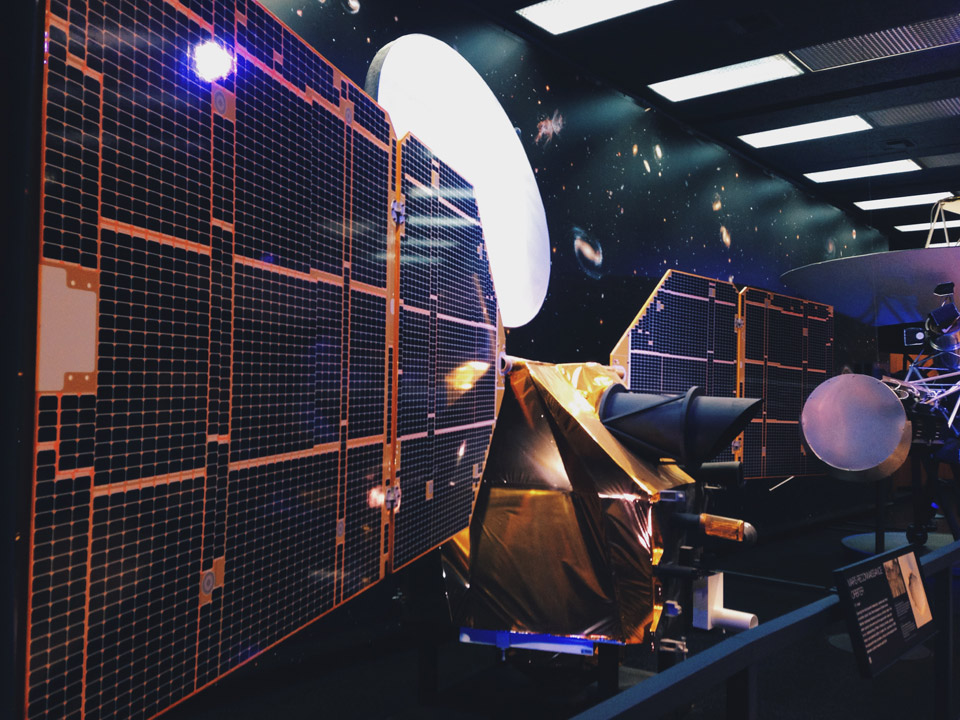 Here’s a space shovel, and the Dark Side of the Moon rock. Har. Har. Har. 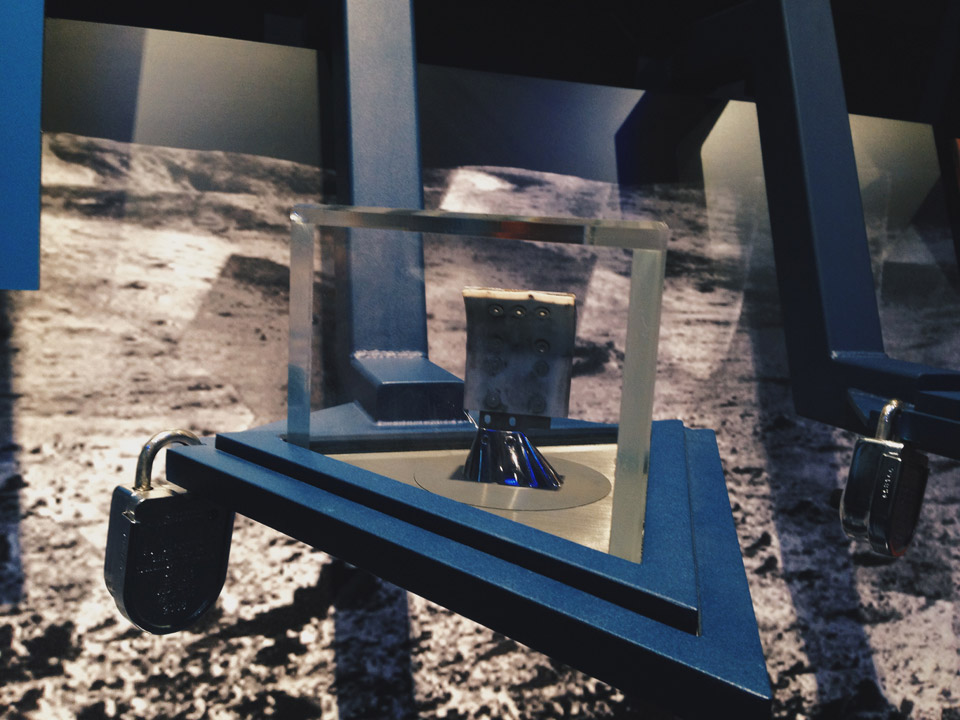 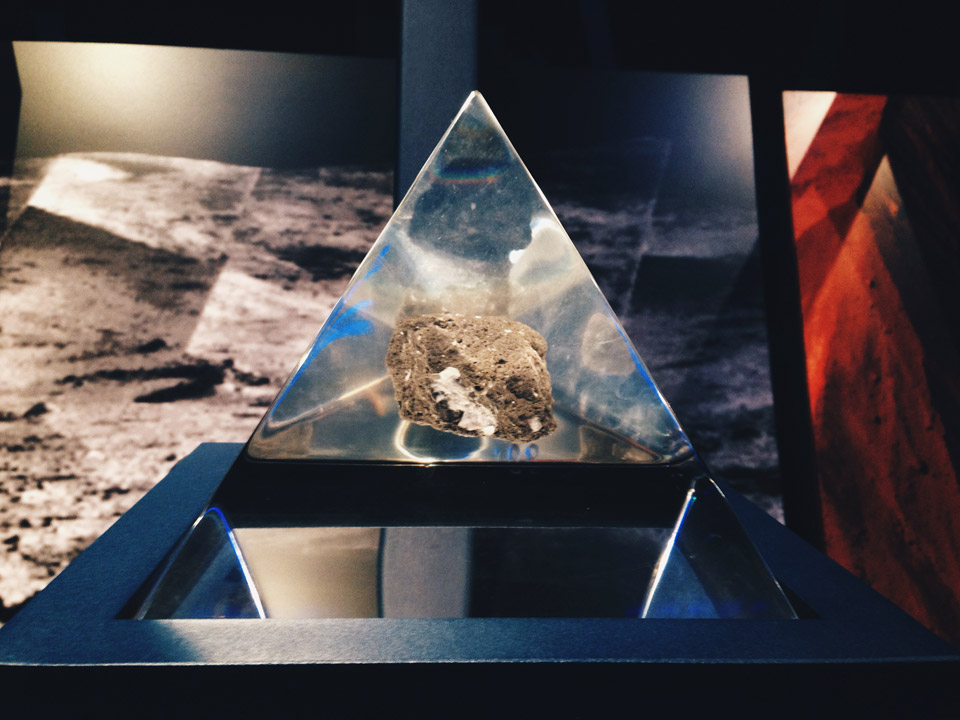 Remember that time people were on the news happy-crying and cheering in a room after they managed to park a billion-dollar robot on a different planet? This is where it happened. And I sat in it. It’s probably the coolest thing I did that day, and it had nothing to do with the (really low) temperature of artificially cooled air flowing in. 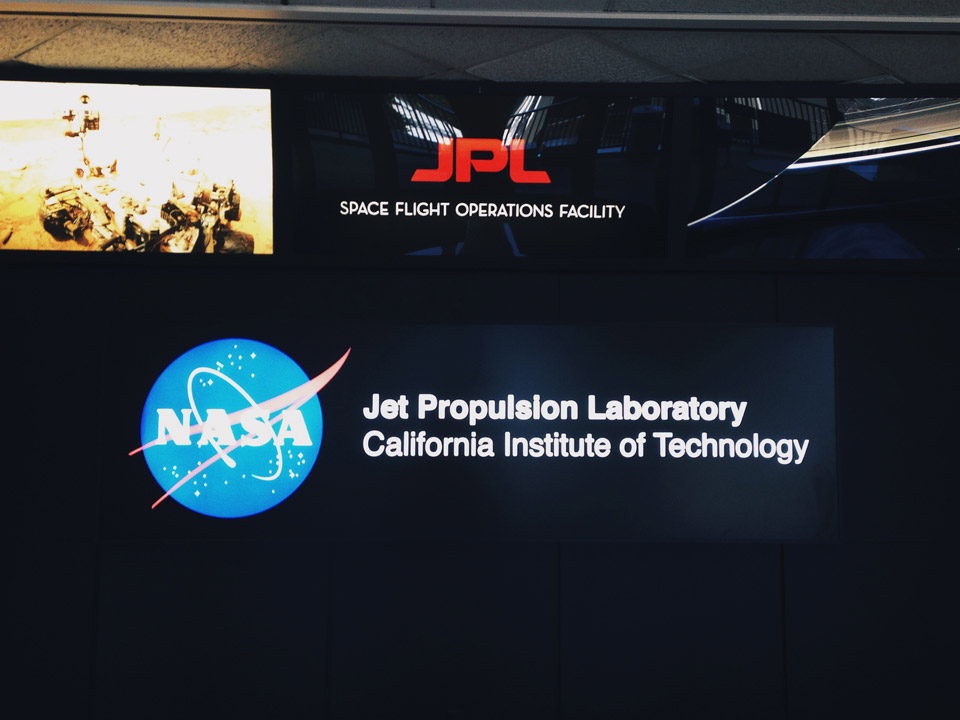 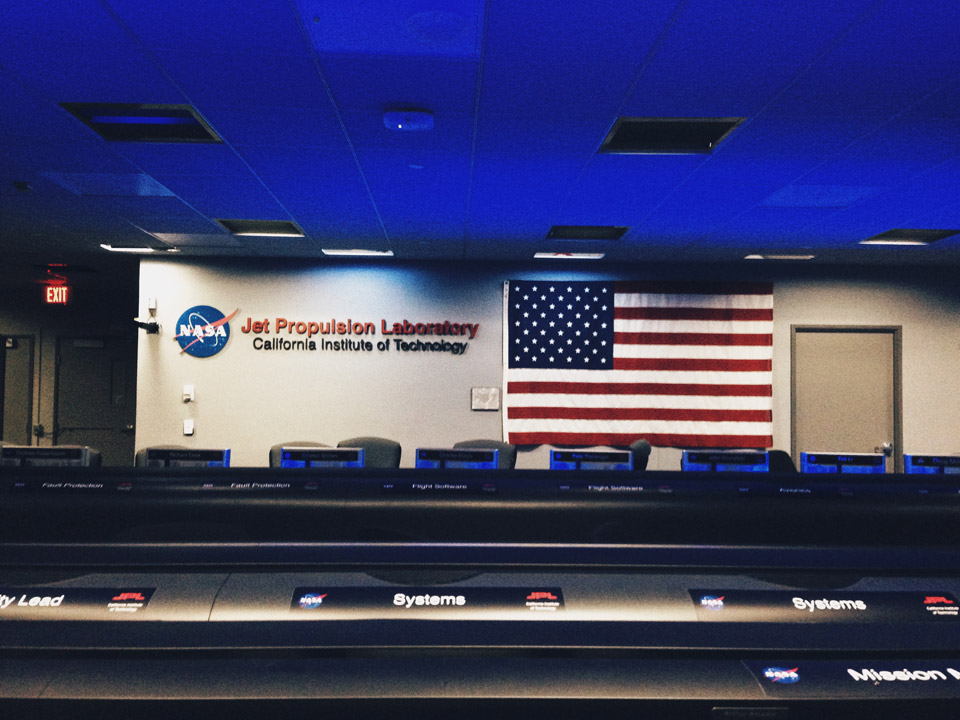 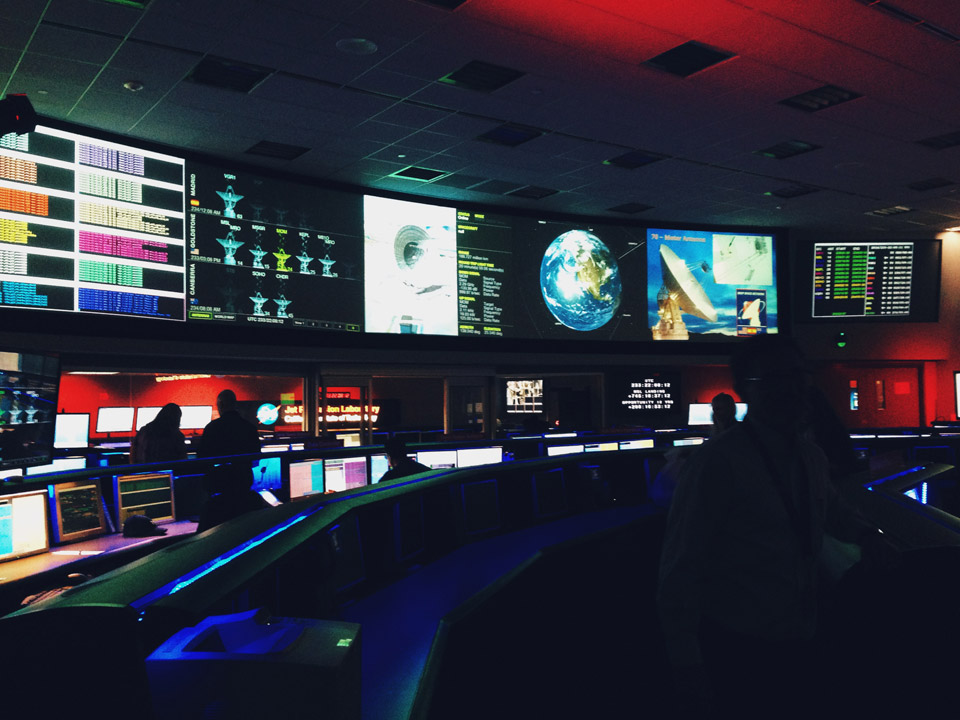 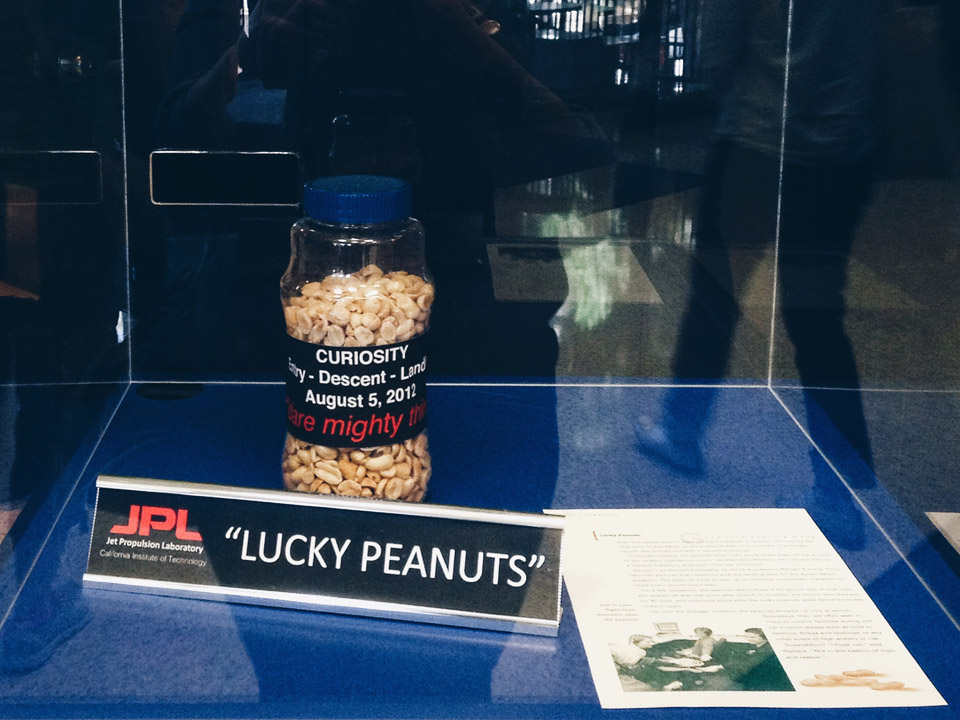 And this is where the real magic happens. This is the cleanroom rovers (and all manner of other spacecrafts) are born in. That day, they were testing an Earth orbiter, scheduled to sail in either December or January. 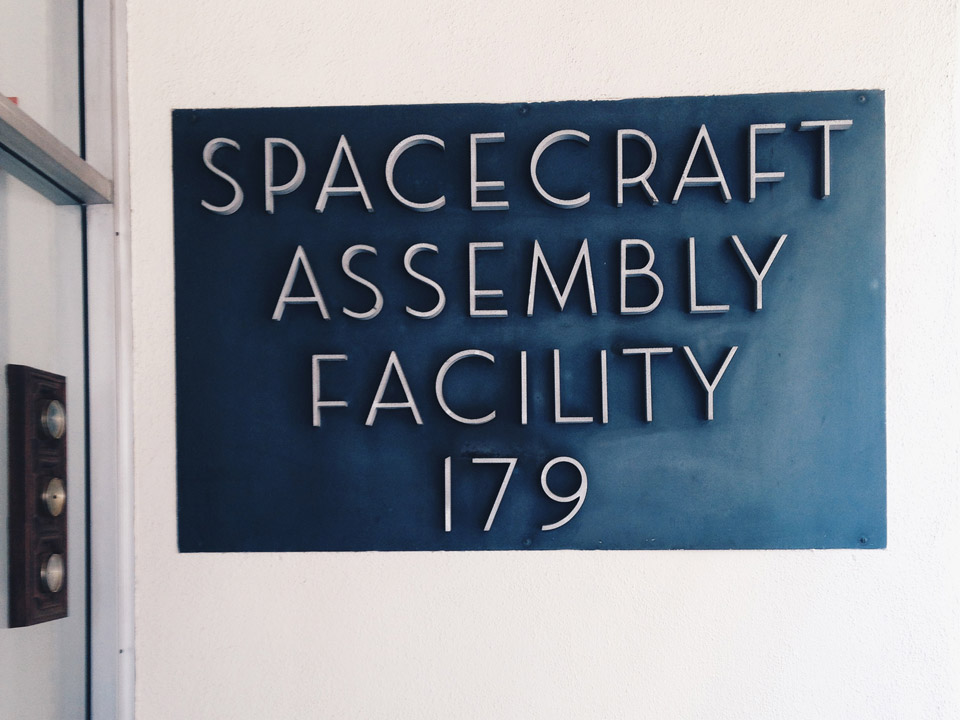 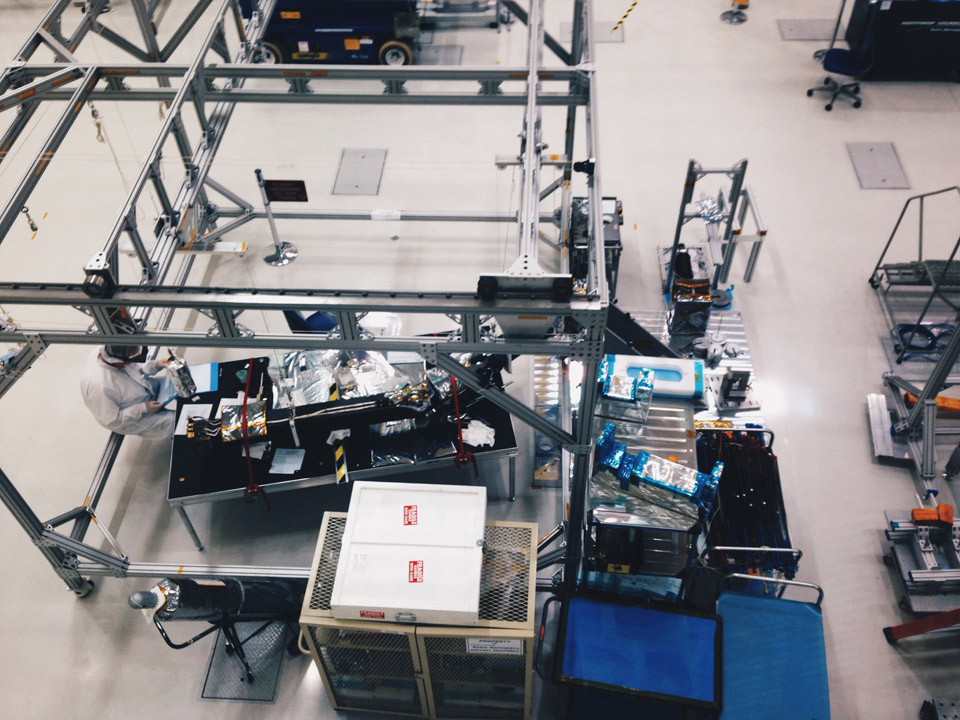 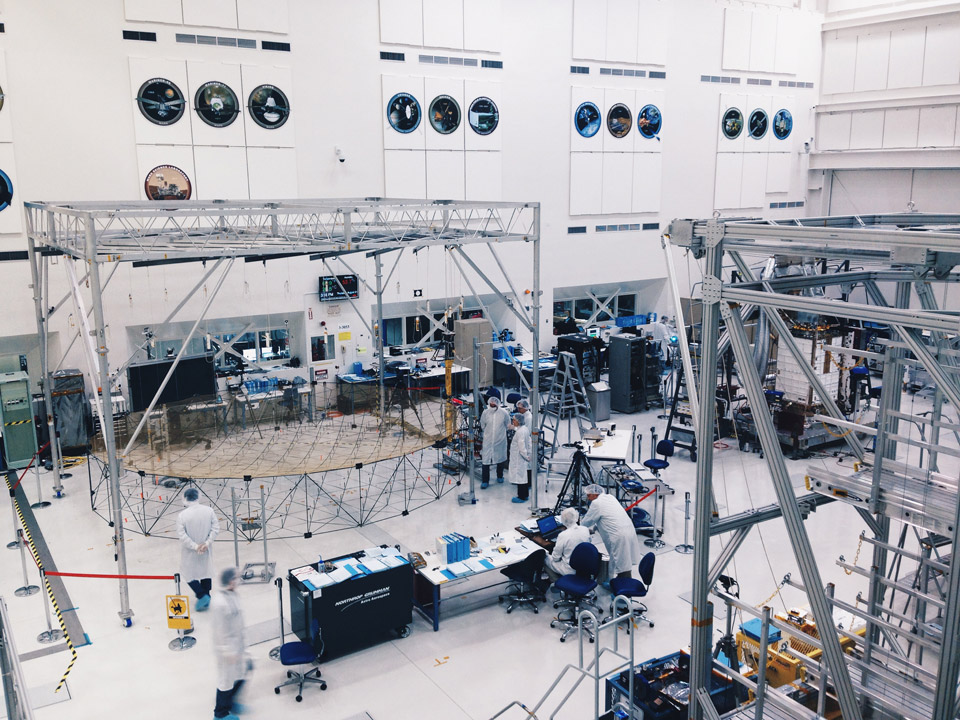 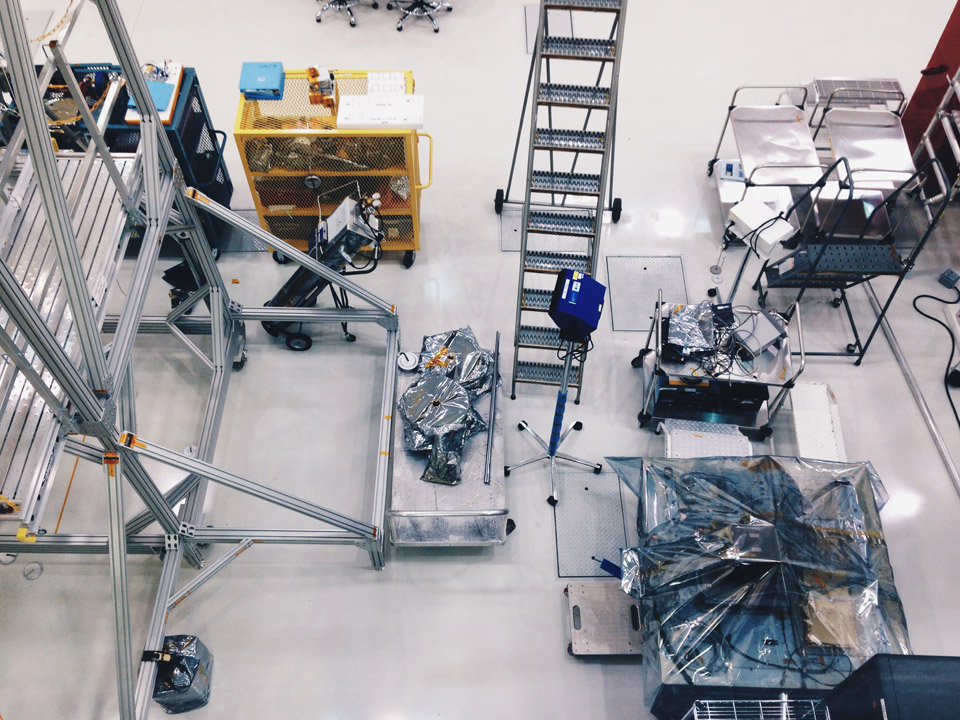 After this, it was off to Hell. Matt and Erin of Atlas Obscura set up a hike to Devils Gate following the tour, and dispensed all kinds of knowledge on John (or Jack, or Marvel) Parsons, and his dichotomous life balancing science and the occult.

My takeaway from it though was that it is really unimpressive in person1, especially if you don’t believe in spirits and other gaseous beings. What was great, though, is knowing that once upon a time at that very spot, Jack Parsons, the greatest rocket engineer of his day, jerked off into the wind with L. Ron Hubbard looking on as Parsons’ seed was blown away into the wind in the hopes of raising Babalon, the Scarlet Woman and the Mother of Abominations. 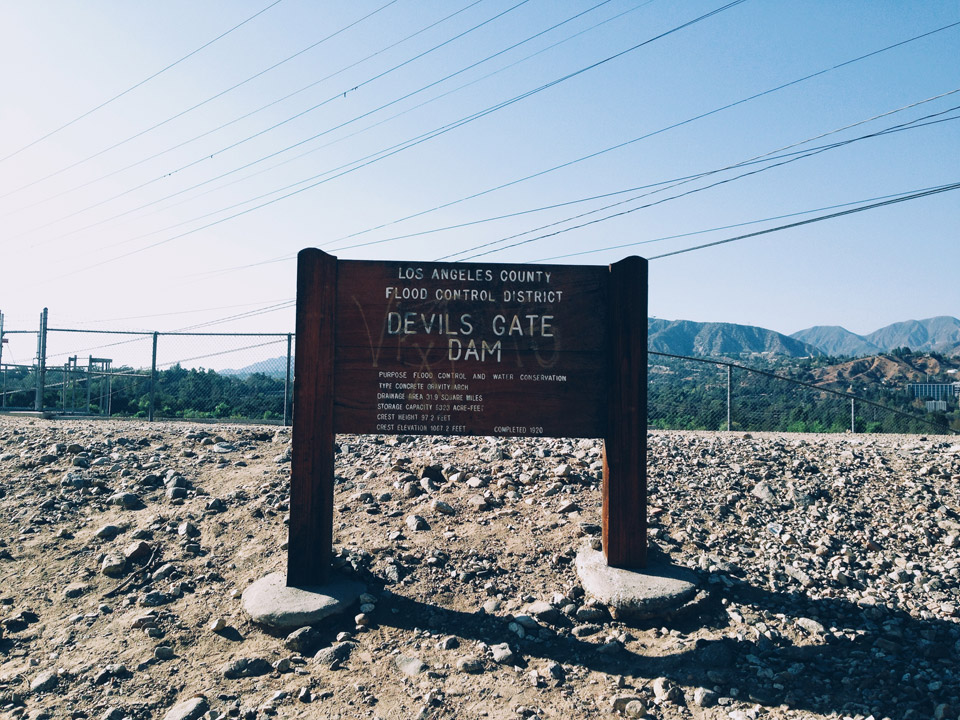 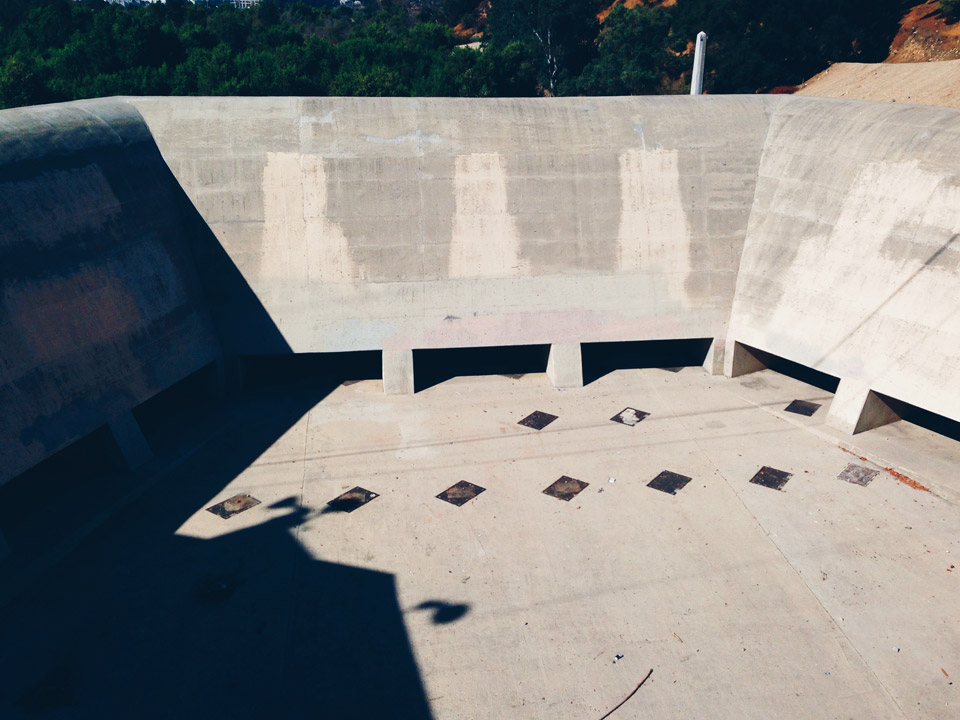 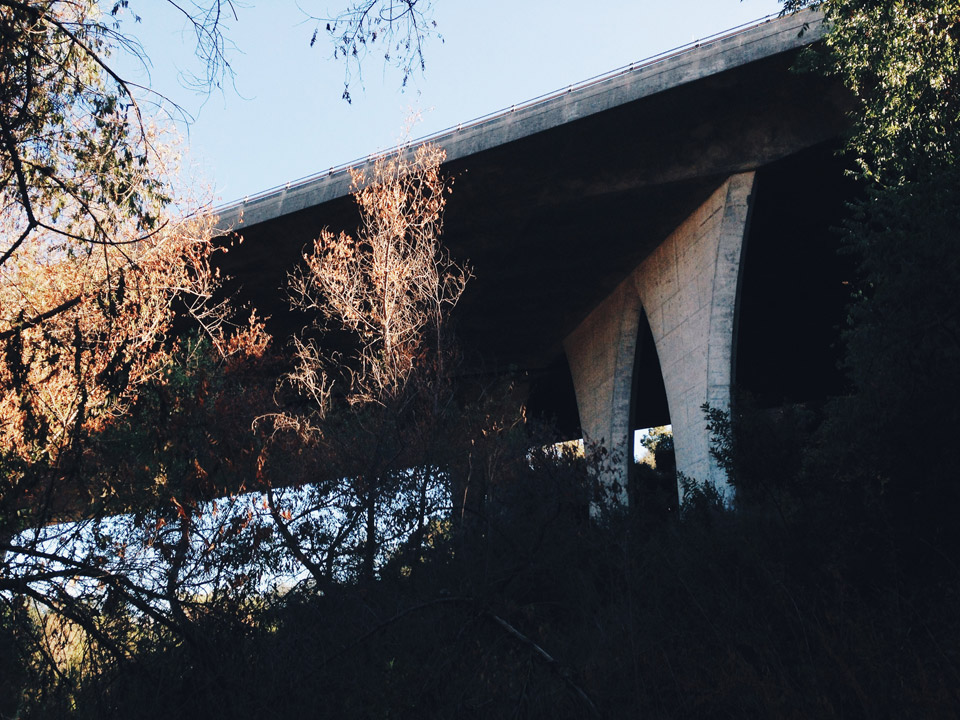 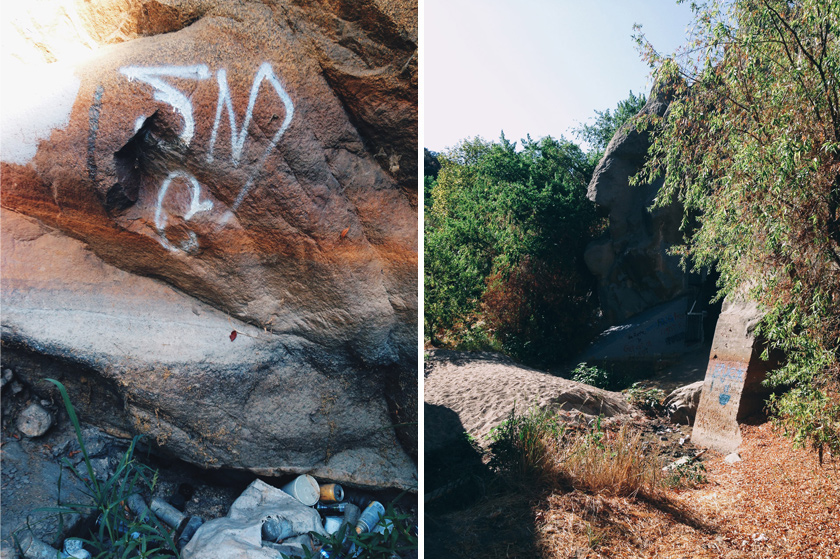 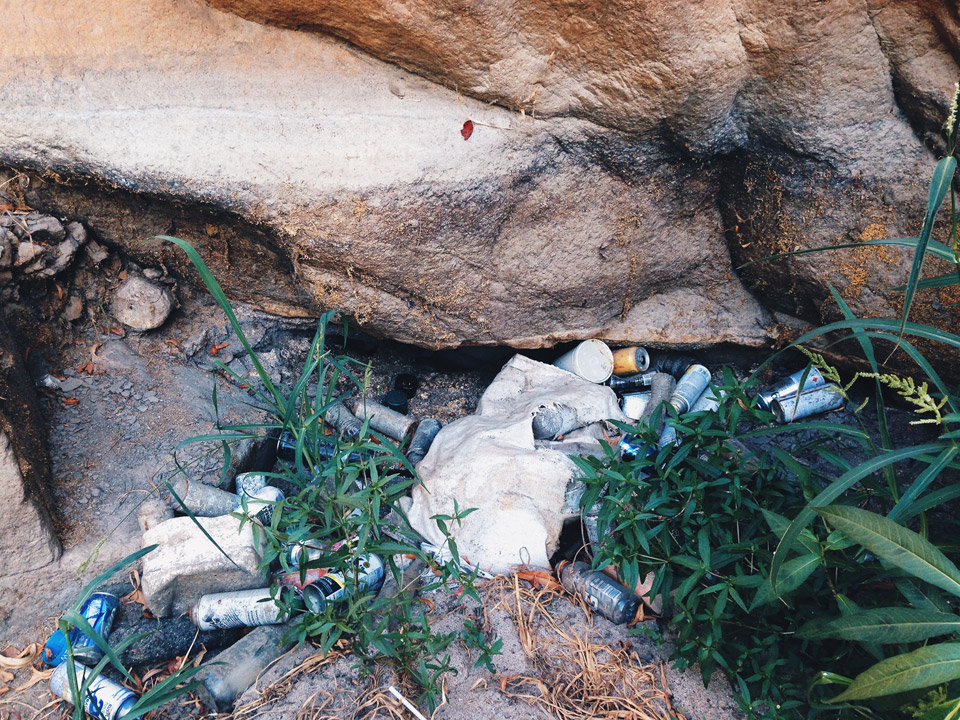 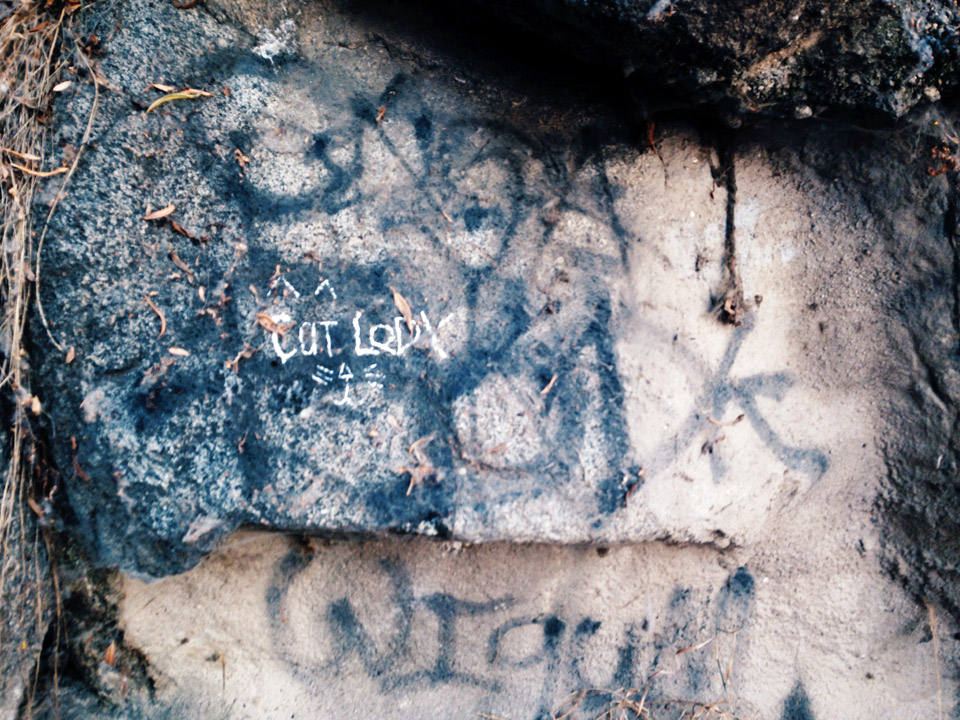 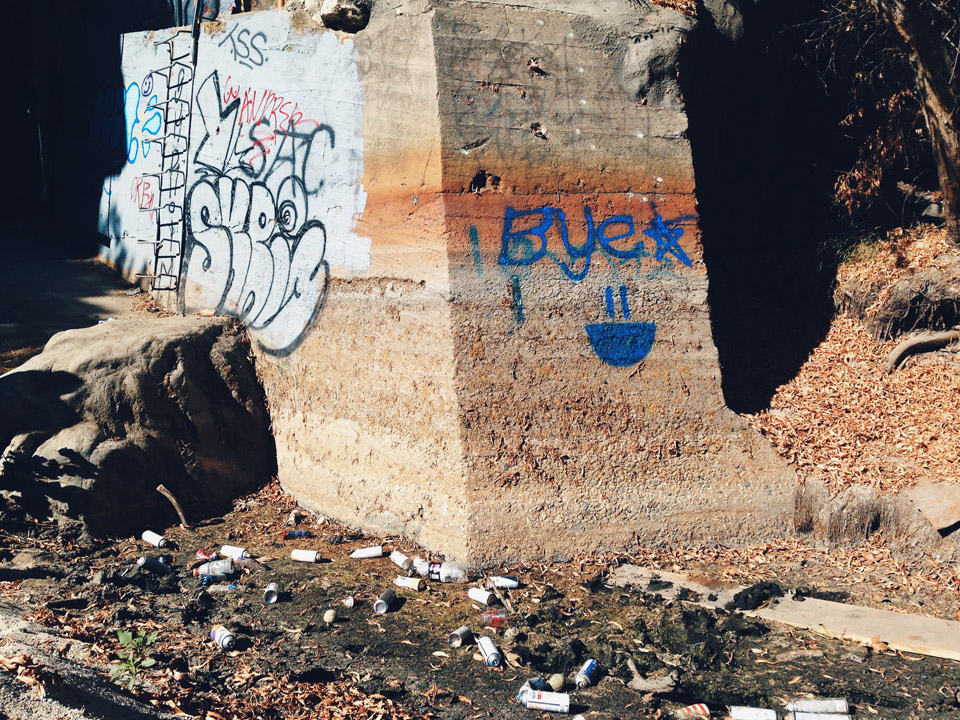 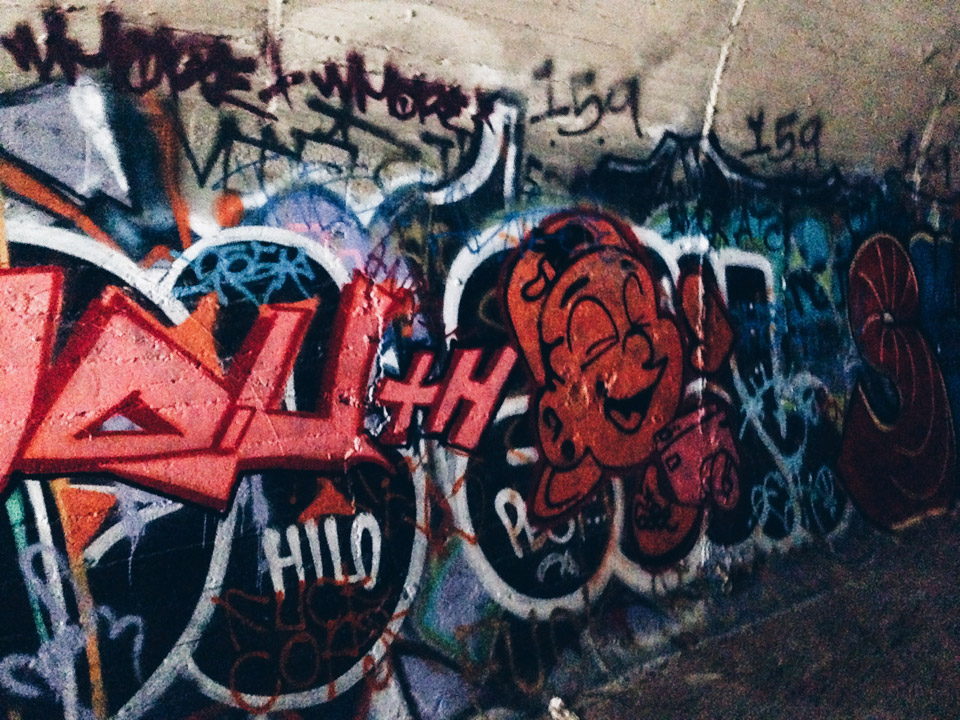 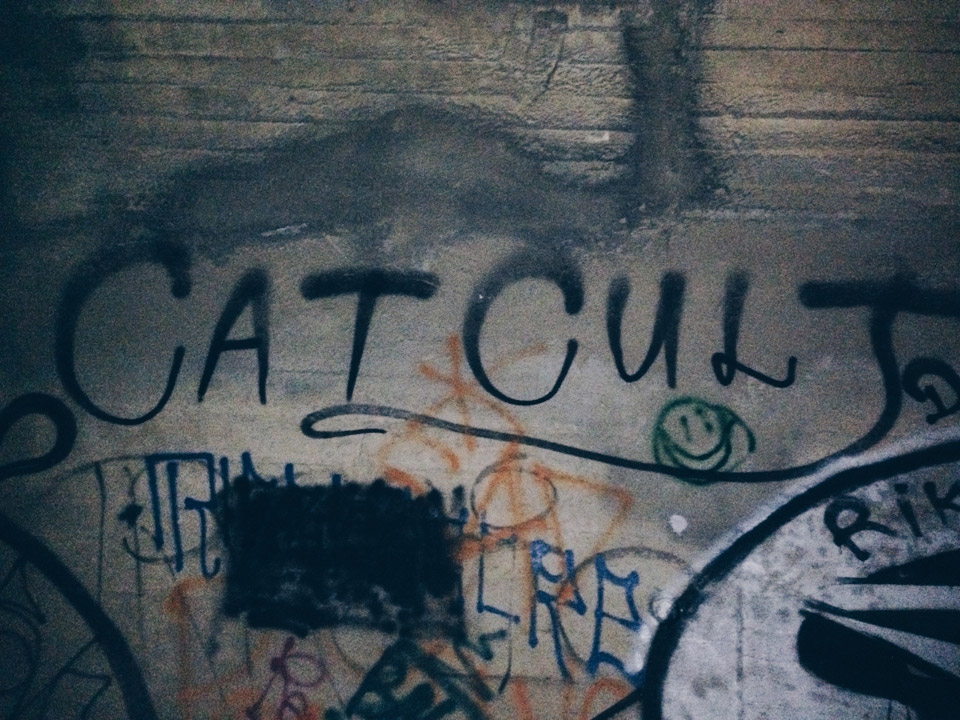 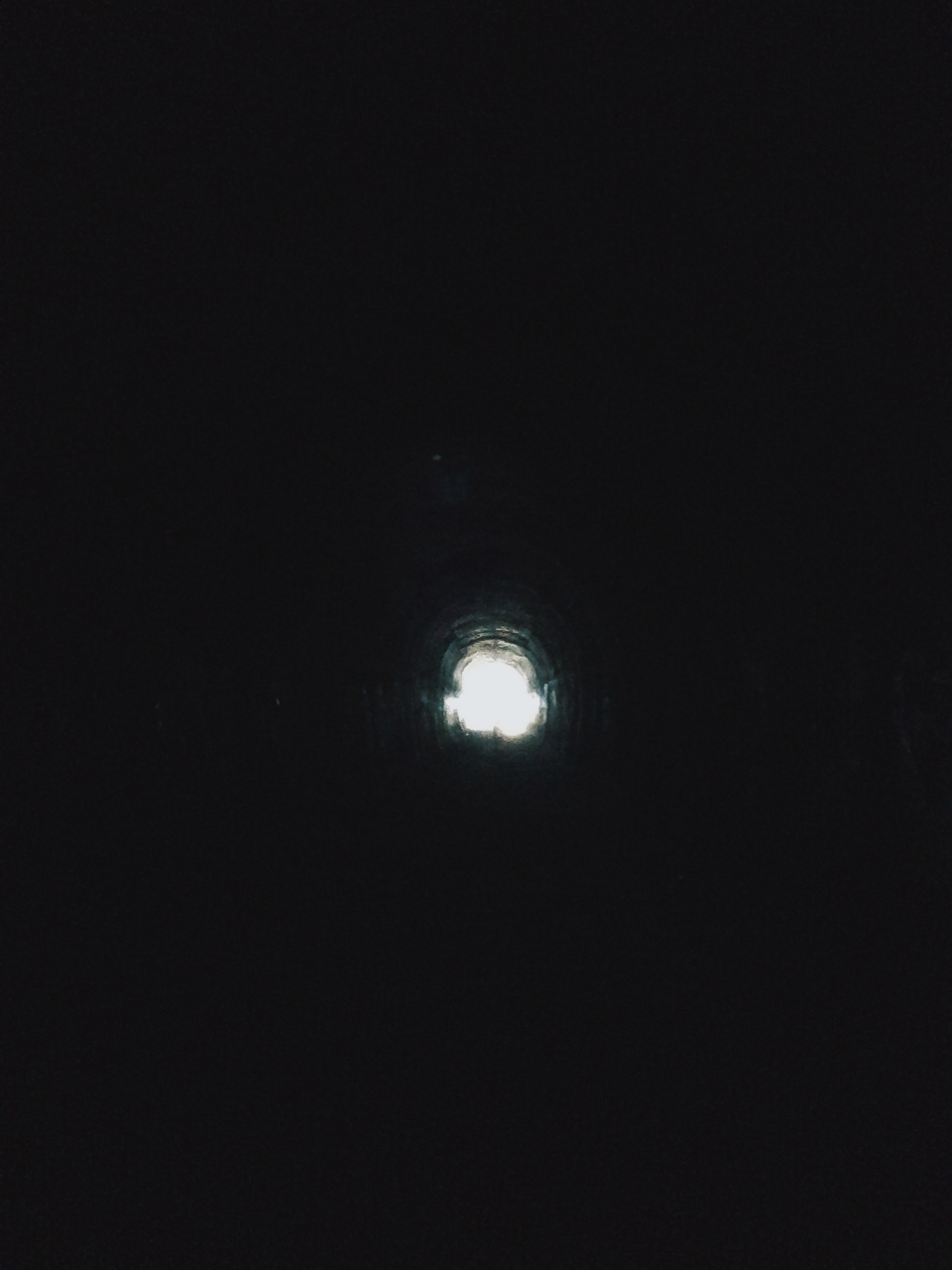 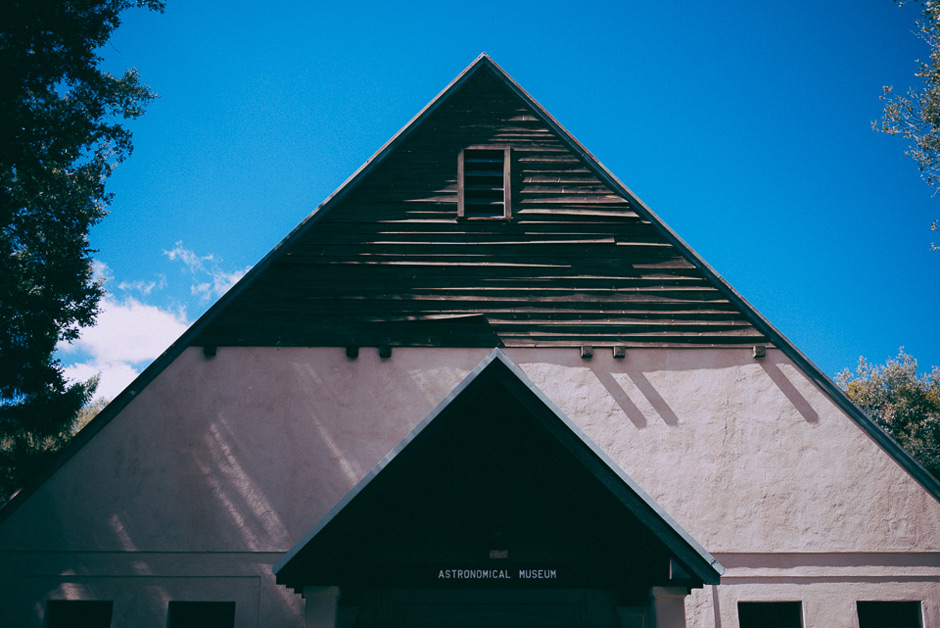