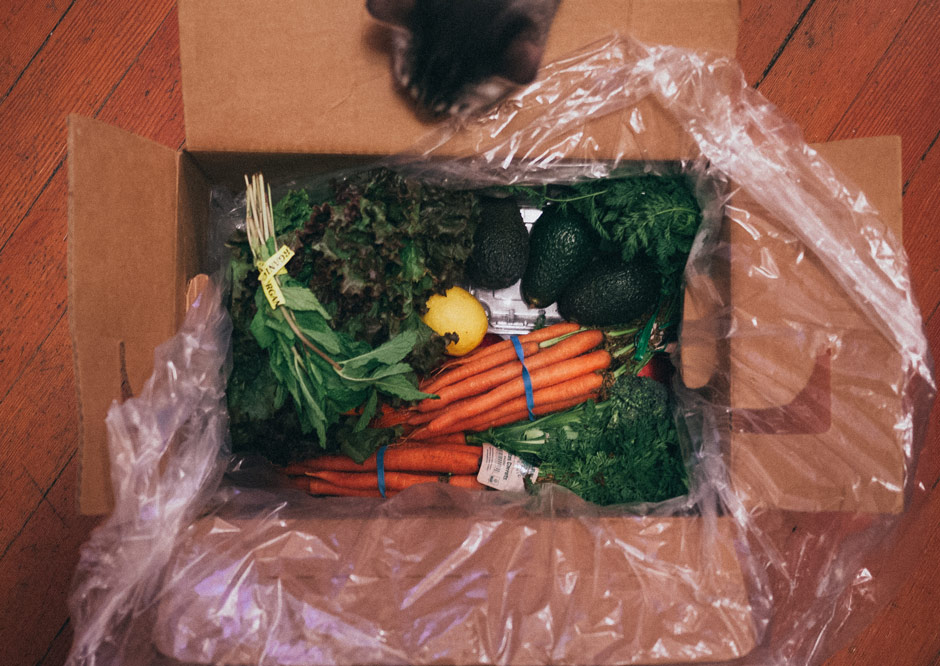 Following a missed delivery last week, Farm Fresh To You pulled through and I came home from work to a box full of organic produce waiting on the stoop. […]

As soon as I made it up the stairs, Montag was ready to inspect. Meow meow meow. Claw claw claw. I don’t know how this happened, and I’m guessing it’s fairly normal, but Montag LOVES lettuce. Actually no, correction. Montag LOVES anything with chlorophyll. And especially if it belongs to Michelle. He wants nothing to do with my tree, and will occasionally nibble at my potted plants, but he’s done away with her spider plant and even her carnivorous one. Personal vendetta? Revenge for her constant need to put her face on his face? Sounds like it, no?

No sooner had I freed the carrots from the box that he started sniffing around, then inside the box. I had to shoo him away a few times so I could inspect the rest of the box, but he was really insistent and head-butted my hand away a few times so he could nip at the lettuce head. And then I pulled out the mint bundle. Oh boy. That cat took one whiff of the mint, and started rolling around on his back, high as a kite. I’ve had to fridge it, otherwise we’d have poo-toes-on-the counter issues and no mint, and no one needs that. 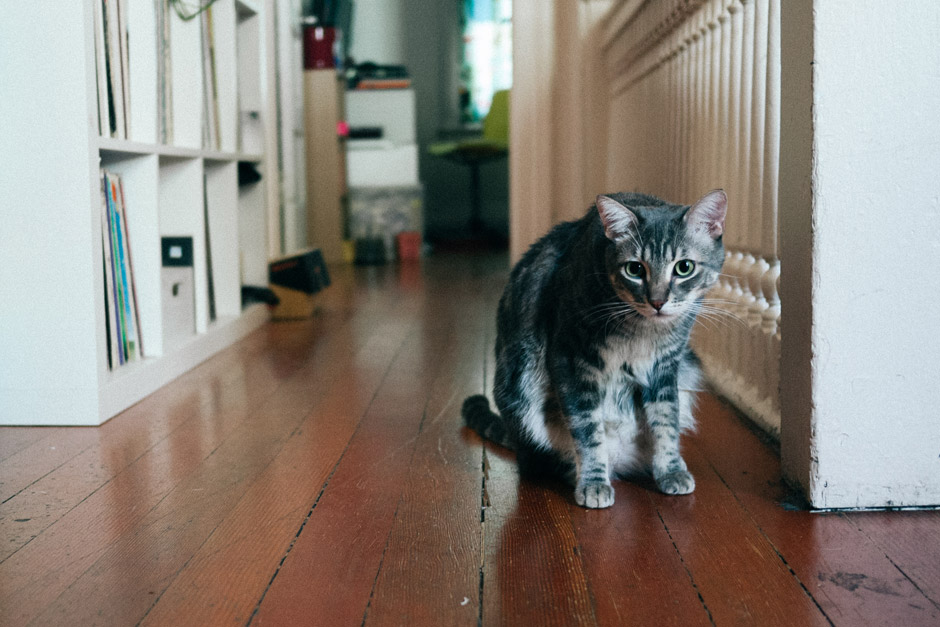 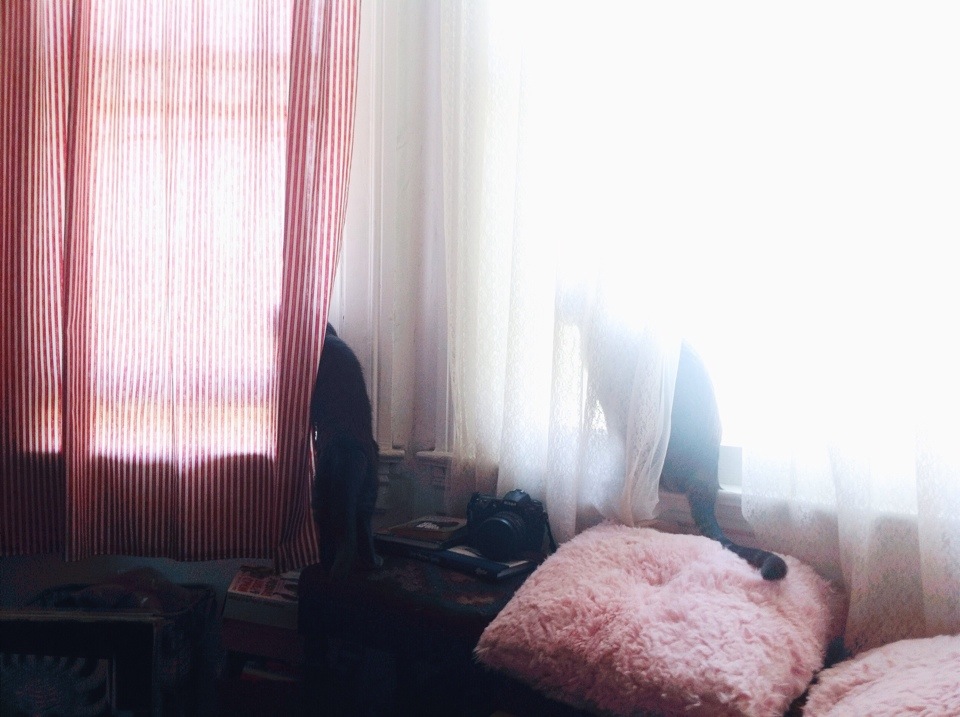 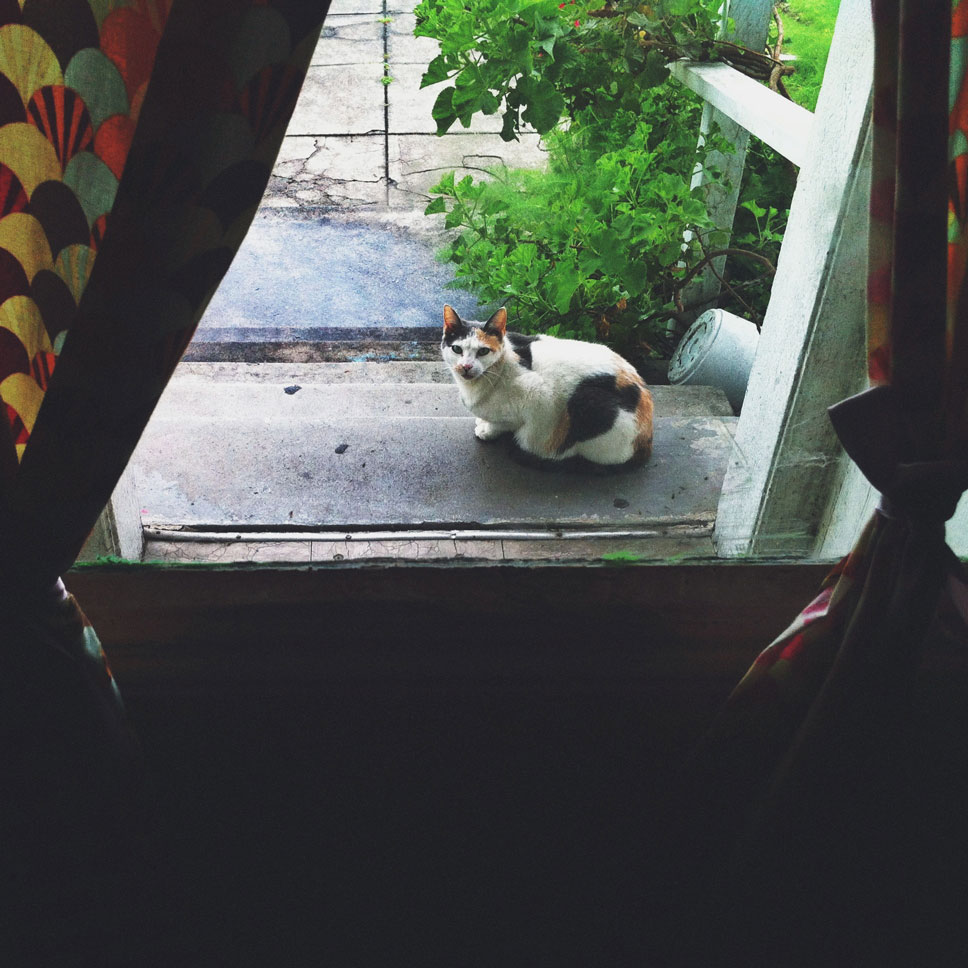