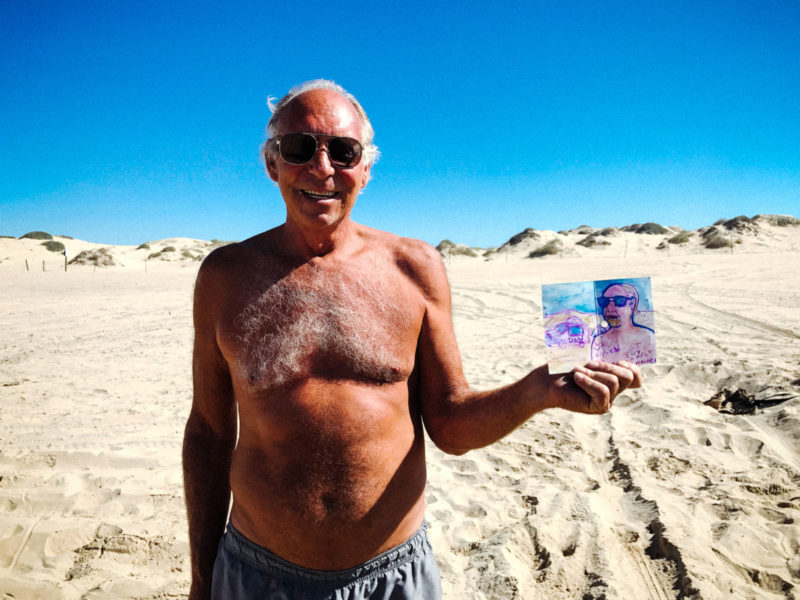 I was laid off a few days before my birthday. Alex’s response was more of a demand: don’t you think about doing anything but traveling and camping for the next two weeks, or else!!

We left town on a Wednesday in the middle of the afternoon, with no real destination in mind. We had to be in Big Bear by Friday night to meet up with some friends but that was the only commitment. We hopped on the 101, and just drove until we found a cool spot to camp at.

‘PISMO!’ I yelled out as we drove by the sign. Without skipping a beat, Alex took the next left. It was already dark when we got there. We drove on the beach and set up the tent as a shelter while we made dinner. A ranger truck drove by as we started cooking and told us we couldn’t camp here but if we drove a mile south, there was a camping beach we could stay at. We packed up, but not before Alex cued up Bad Girls by M.I.A. ‘Have you seen the video? She’s driving on dunes in a jeep. Basically just like us,’ he explained with a big goofy grin.

So, with Bad Girls playing and Alex singing at the top of lungs, we drove on the beach until Alex started to get really bold. He drove deeper towards the dunes, making wide turns, away from the tide. The sand in the dunes is dryer and less firm, and…well. Our car isn’t a four-wheel drive.

Yep. Alex got us nice and stuck at the bottom of the dunes. In complete darkness. We looked at each other and started laughing. Alex felt so bad, but I couldn’t stop laughing. Pinche Alex, right?

No dice. If anything, we dug ourselves deeper. We repeated the process but this time, Alex grabbed the frying pan to use as a shovel. He hated that frying pan. I mean, I’d gotten it at a thrift store because it was cute, red with white polka dots, not because it was useful. ‘Why would you pack this?!’ He asked irritatingly as he was shovelling sand with it, ‘I told you to bring the cast iron!’ I was too busy laughing to apologise. ‘But we have a shovel now,’ I retorted. He wasn’t amused.

After a few more tries, each involving a new item from our (as-always, overpacked) inventory (to whit: a button up shirt, the trunk’s cargo cover, flat steel tracks (yup. Alex. That’s the only answer I have for this one), vans low tops), I told Alex we should just wait till morning and surely we can flag down the rangers or one of our neighbours.

Alex felt so bad but once I reminded him it was an adventure, he cheered up. It WAS an adventure, we were healthy, alive, happy, stuck in a sand dune and about to sleep under the stars at the beach. We set up the tent and made some dinner. Once we were done eating, we sat in silence, listening to the waves crashing in the distance, the little bear-repellent bell we’d put on the Admiral softly jingling as he readjusted his position at our feet.

Once morning came, I flagged down the first ranger. They weren’t allowed to help, but gave me the card to the only towing service that could get us out. ‘You should probably ask someone with a truck, though. People here always help each other out. I wouldn’t recommend the towing company,’ she rubbed her thumb and index fingers together, ‘but that’s up to you’.

‘Roadside assistance,’ Alex said, ‘call roadside assistance.’ One of the cool things about buying a newish car was all the modern perks like roadside assistance that it comes with, unlike when I had my 30 year old Volvo I was literally supergluing together til the bitter end. I was on the phone waiting to speak to a person from VW roadside assistance for a half hour when I noticed that our neighbour had a shovel. I hung up, that call was going nowhere anyway, and informed Alex that I was going to see if we could borrow that shovel.

Dan, the shovel owner, said that if we couldn’t get ourselves out, he’d be more than happy to give us a tug and tow. ‘Everybody gets stuck their first time,’ he added. I went back to our camp and told Alex about Dan’s offer. Alex went and shook Dan’s hand in thanks and to introduce the Admiral to Dan’s dog who’d been barking stranger danger the entire time.

As Alex started digging the wheels out with the shovel, a man in a jeep stopped by. ‘Hey, you guys need a tug?’ Before we knew it, we’d been pulled out of our hole. Hooray!

The man in the Jeep didn’t stick around too long. Dan and Alex started chatting. Dan was a Vietnam vet. He was an obgyn, and delivered babies at the military hospital down the coast. ‘Did all my service in the States, never set foot there.’ He was just travelling down from Oregon where’d he’d spent some time with friends. He’d retired from owning a pool cleaning supplies company and was living in his 4×4, going up and down the coast and stopping wherever his whim took him. He had grown daughters he had good relationships with, even after the divorce.

‘Do you smoke?’ Alex asked. ‘I’ll do you one up,’ Dan said ‘come with me.’ Alex followed Dan to his car, while I stayed behind with the Admiral because Dan’s dog just wasn’t having it. When they came back, they both looked like little kids. Alex packed a bowl and asked Dan if he could draw his portrait. Dan agreed. He watched as Alex drew him while talking about the government and everything in-between.

All good things come to an end and we had to get on the road to Sequoia, where we’d decided to spend the next night. We thanked Dan, Alex gave him his portrait and packed up the car. ‘What did Dan give you?’, I asked. ‘Put on Bad Girls again,’ Alex said ‘I’ll show you once we’re off the beach’

And you know what happened? Yup. Alex got us stuck again. 10 feet from the exit.

The great thing about Pismo is that people will stop to help. Before long we’d gathered at least three trucks to help us out, in addition to the lifeguards who stopped on their break and lent us their shovel and tug rope. The front of the car was buried pretty deep this time, deeper than the night before. Alex got himself down to his chonies, and dug the front of the car out using his entire body as a shovel, while the rest of us used actual shovels to dig the front wheel wells out.

The first attempt didn’t work out, the hitch on the truck broke. The truck’s owner had an appointment to keep, so they left but not before another truck stopped by. This guy towed cars for a living! He had us out of there so quickly. Alex ran to the ocean and took a nice long dip, he was entirely covered in sweat and sand from digging. Watching him from afar, I saw Alex come out of that ocean, glistening under the midday sun, whipping his hair out of the water. My very own dream pin-up!

There is still sand in the car from that trip. As soon as we got off the beach, we stopped at the first burger joint we found. We were so hungry, it was already 1:30pm. We sat outside, in the breeze and ate possibly the best burgers in the universe, or at least, it felt like it then. Alex started drawing and left it on the table on our way out. ‘I hope they keep it and put it up.’ I hope they did, too.

‘What did Dan give you??’ I remembered to ask. Alex smiled and produced this huge paper grocery bag. He opened it and let me smell inside. Holy. Shit. Dan had just visited friends in Oregon who grow. He had been sharing his bounty with everybody he knew but still had so much he didn’t know what to do with so he gave it all to Alex. Obviously. 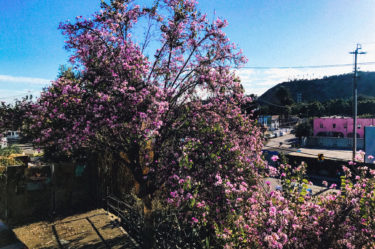 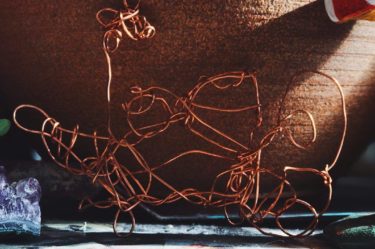 Valley Of The Frogs 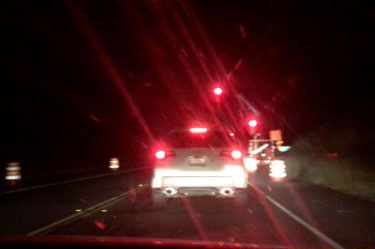 Focus On The Details